America’s favourite pastime is set to get underway for another season tomorrow evening and Will Burns has picked three of the best hitters in the league to follow in the Home Run markets.

Dominican Republic international Edwin Encarnación made the move from the Toronto Blue Jays to the defending American League Champions, the Cleveland Indians and will star as their Designated Hitter. Signing a three-year, $60million deal, Edwin moves to Progressive Field which is a less ‘home run friendly’ ballpark, but don’t look that to harm his hitting – Encarnación hits moonshots that should clear the walls no problem. Over the last five seasons, only “Crush” Chris Davis of the Baltimore Orioles (197) has hit more home runs than Encarnación’s 193 which has took the 34-year-olds career total to a huge 310. Look for Edwin to hit at least 45 at 22/1 at William Hill, it’s worth an each-way punt to land in the top four hitters of the league. 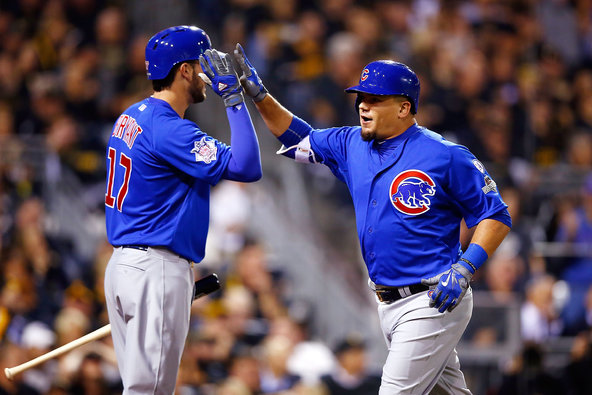 For my most confident pick, I have to go with Kris Bryant of the Chicago Cubs to win the market at 14/1 with Ladbrokes.  At that price, and this boy’s ever improving ability, this is incredible value. At just 25, Bryant is already the makings of a perfect hitter – 6ft 4 inches tall, slim build but strong and has the swing to breaks some records in the future at Wrigley Field. Bryant’s aim every time at bat is create loft and hit a long fly ball so it’s easy to see why he went from 26 home runs in 2015 to 39 in 2016. His swing is perfect – get under the ball and now features more consistent contact, Bryant is my pick of the lot to top the table.

Finishing up is Bryant’s Chicago team-mate Kyle Schwarber. Nicknamed the “Baby Bull” due to his young age (24) and sheer powerhouse physique is a great each-way bet at 16/1 with William Hill. Last season was supposed to be ‘his’ year, however Schwarber tore his anterior cruciate ligament and lateral collateral ligament in his left knee in just the second game of the season after a collision with then-teammate Dexter Fowler. He returned to help the Cubs clinch their first World Series in 108 years with seven hits, including one double and two RBIs. He has the potential to hit home run after home run this season and is well worth a shot at 16/1.