The UFC returns home to Las Vegas, Nevada for the big UFC 209 card for a Tyron Woodley vs. Stephen Thompson rematch. Will Burns previews this monster card and provides some bank building tips.

The matchmakers threw Albert Morales to the wolves last September, fighting The Ultimate Fighter: Latin America champion Alejandro Perez to a draw in his first UFC outing. After that impressive performance it did not get any easier as he was paired against the knockout specialist Thomas Almeida, in which he suffered a second round TKO stoppage.

Meanwhile, the Blackzillian trained Andre Soukhamthath makes his first appearance tonight, leading off three consecutive knockouts since October 2015. A brutal knee to Kody Nordby’s jaw earned him the CES Bantamweight title in March 2016, after which he avenged a loss to Kin Moy in his first title defense.

As the odds sugguest, I think this will be a close fight as both fighters have a history of brutal finishes, but that being said I think the debutante Soukhamthath, valued at 2.10 with Bet365, has enough to clinch the victory.

‘The Asian Sensation’ has been impressive to this point in his career and is equally dangerous as a striker and floor guru. All three of his career losses have gone the distance, too, which highlights his awareness and defense. Morales can be dangerous, but I can see him losing this one.

In the main event, the UFC welterweight champion Tyron Woodley has a rematch with challenger Stephen Thompson after the two fought to a majority draw at the New York UFC 205 card this past November.

Thompson comes into the cage as the tentative favorite due to elite striking ability and the fact that it’s not easy to beat the same guy twice but this is a tough fight to call. In their first bout, Thompson should have lost via decision, but he did hang tight with Woodley, showing he can land some blows and also absorb a lot of punishment and stay standing.

Woodley is dangerous with his strikes but Thompson can hit with the best and has never been knocked out in his career. The possiblity of Thompson causing a KO is possible but that’s certainly hard to do against Woodley, who is also tough as a old boots and hasn’t been knocked out since his only career knockout five years ago.

I would like to push the boat out and back Thompson to win via decision but just Thompson to win is valued at a healthy 1.70 at Bet365 and that is my selection for this fight. 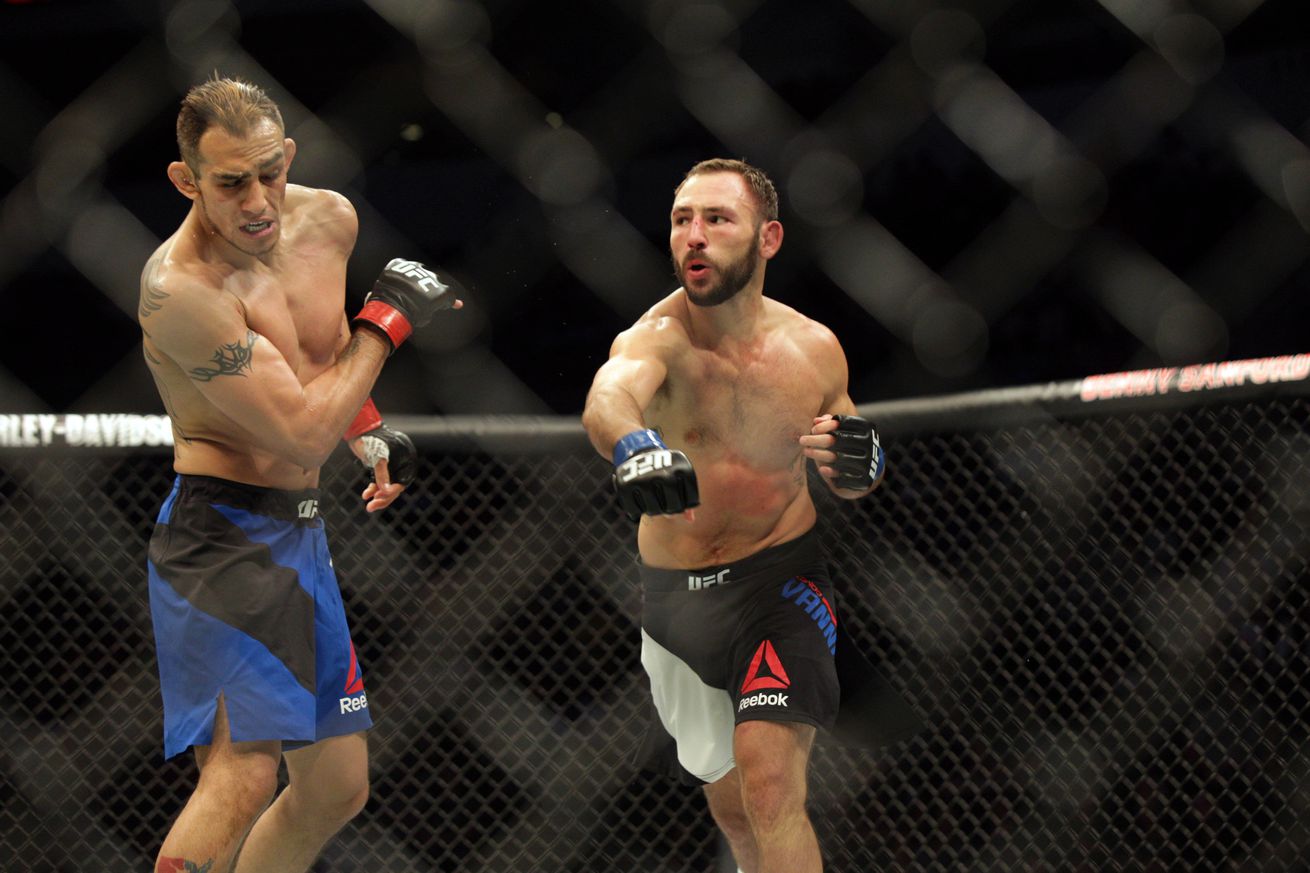 Here it is! The Monster Acca… For every big UFC event I select at least four fight picks to try and give us the monster profit. Remember, small stakes (usually a point) only folks with this paying just over 23/1.

Cynthia Calvillo to win via decision (2.62)