The semi-finals of the European Championship are here and Jake Jackman picks out the best ways to make a profit in this match. 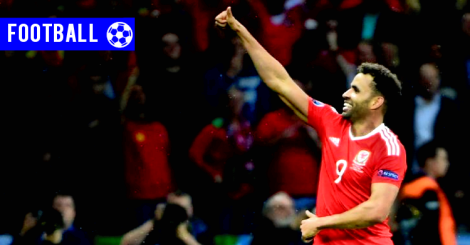 Euro 2016 is approaching its closing stages with the semi-finals upon us. Not many were predicting either of these nations to reach this stage, and one of them will be progressing to the final. It is a tight game to call, as Wales have a great team spirit and have been one of the stories of the tournament. However, Portugal are well organised and have yet to be beaten at this tournament. They have been unfairly criticised at this tournament and are a lot better than they have been given credit for. It will be a close game with neither team going into it as an overwhelming favourite.

Wales have won four of their five matches in France and their quarter final victory over Belgium was one of the best performances of any side at the tournament. They have outlasted the other three sides from the UK and are already the most successful home nation for decades. Their team spirit is excellent and they are set up incredibly well by Chris Coleman, who deserves all the plaudits coming their way. They have already surpassed expectations, but they will not settle for a semi-final. The squad and management will fancy their chances against this Portugal side that has yet to win a match in 90 minutes.

Although they have yet to win a match in 90 minutes, Portugal have been excellent at the back and will be tough to break down. The decision to start Renato Sanches in recent matches has been an inspired one, with the teenager adding a directness to their attack. His goal to equalise against Poland was excellent and he looks to be a great signing for Bayern Munich. Cristiano Ronaldo will know that this offers the best opportunity to win a trophy with Portugal and will be keen to play at his best, something that he is yet to manage at this tournament.

Wales will be missing Aaron Ramsey and Ben Davies through suspension, which is a huge blow, as both have been excellent throughout the tournament. They will be difficult to replace and it is James Collins and Jonny Williams that are expected to come in. That is a drop in quality, but this Wales side has great team spirit and they will have faith that these two can come in and do a good job. Portugal are missing William Carvalho through suspension with Danilo expected to come in. Pepe is a doubt with an injury, but is expected to be passed fit in time for Wednesday.

This is a huge match and perhaps the biggest in Wales’ footballing history. There will be nerves and that could have an effect on this match. I expect a close, nervy affair and both sides to score looks a good bet. Both have great attacking players and will be missing key players at the back. In terms of a result, I expect it to finish in a draw over 90 minutes, as Portugal are tough to beat, but don’t seem able to kill matches themselves. Portugal have been taken to 120 minutes in their previous two knockout matches and that fatigue could play a part, for that reason, I’m backing Wales to qualify in extra time.