Two of the titans of European football collide as Germany face Italy in the quarter-finals of the European Championship on Saturday evening and Jake Jackman returns with a preview and his selections to follow. 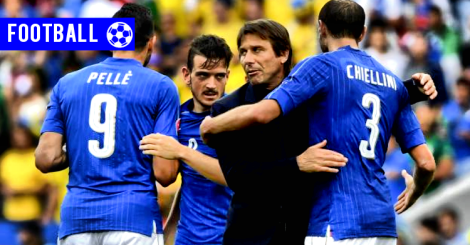 This is the standout match of the quarter finals, as Germany come up against Italy, a country they wanted to avoid. This fixture has a lot of history, with Germany failing to beat the Italians in a competitive fixture, including three semi-finals and the 2006 World Cup final. The Germans have been known for their mental strength in the past and they will need to show that on Saturday, to overcome their bogey side. Italy will be full of confidence as they have been arguably the most impressive side in the tournament. Many believe the team that will lift the European Championship will be the winners of this match, and it is hard to disagree.

Germany overpowered Slovakia in the round of 16, and they look more like the side that won the World Cup two years ago. The decision to bring in Mario Gomez has made them a lot more threatening, after Mario Gotze struggled for the first two matches. Julian Draxler was excellent in the round of 16 match and provided a spark to the midfield. Gotze has looked out of form throughout the tournament and it looks like Jogi Loew has finally found his best eleven. They have used the group stages to find the most balanced and threatening eleven, and they have done so to perfection. They will cause more problems for Italy than Spain managed to.

There were a lot of people calling this the worst Italy side in generations, but Antonio Conte has built a side that is greater than the sum of its parts. He does have an excellent foundation to build on, as he has the entire Italian defence in his armoury. However, he has also managed to get the likes of Emanule Giaccherini, Eder and Marco Parolo to play the best football of their careers. Conte has confirmed his place in the top tier of coaches, but he won’t be happy to go out now, he will want to go all the way. Italy will believe they can beat Germany. Loew has a full squad to choose from and is likely to play the same side as he did against Slovakia. Whereas, Daniele de Rossi and Antonio Candreva are both doubts. Thiago Motta will definitely be missing through suspension.

In terms of tips, I expect this to be a close match with very few goals. Germany are likely to have more of the ball, and Italy will be happy to soak up the pressure and try to counter. Although they have yet to concede, this Germany defence has yet to be tested and Italy will believe they are fallible.

I think the teams will be level after 90 minutes. There isn’t much between the teams. Germany will be wary of pushing too many men forward as they know the quality that Italy possess on the counter-attack. I also expect the Italian curse to play more of a role the longer the match goes on, and Germany will weaken as a result. This could go all the way to penalties, and if it does, I expect Italy to prevail.

TIP: Italy to win on penalties (9.50 at PaddyPower)