The final last 16 contest sees England meet underdogs Iceland on Monday night, Jake Jackman returns with a preview and his selections to follow. 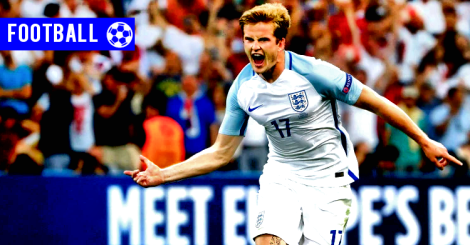 These sides come into this fixture in very different situations. England have a lot of pressure on them, not only to qualify for the quarter finals, but to do so in style and to send a warning to France and Germany. Meanwhile, Iceland have continued to overachieve this summer and have arguably been one of the sides of the competition. There is no pressure on them, and they will revel in being the underdogs and their counter-attacking style will suit the fixture. England have struggled to break sides down in this competition and it could be a similar story against Iceland. They have averaged 29% possession in the group stages and will let England have the ball, looking to counter attack quickly.

England haven’t been as bad as their results suggest. They didn’t beat either Russia or Slovakia, but they have been the better side in all three of their matches. On different days, England would have qualified with 9 points and been a side that other sides were worried about. However, that wasn’t the case, and as a result there is a lot of pressure on them to put a performance on against Iceland. They haven’t won a knockout game at an international tournament since the 2006 World Cup and will want to correct that on Monday. It looks like Harry Kane, Wayne Rooney and Dele Alli will return, which should give the side more creativity in the final third. They haven’t created many clear cut chances and need Alli to step his performances up as he has the quality to make a difference.

Iceland are a superb story, given their small population in comparison to the other nations in the competition. Their population is around the 323,000 mark, which is just six thousand more than Coventry. They have massively over-achieved and the people in charge of the game in Iceland deserve huge credit. The side now have a great chance of advancing to the last eight, as England are struggling and the longer the game goes on, the more that Iceland will fancy their chances.

In terms of bets, I think Under 2.5 Goals is tempting. Iceland will look to frustrate England, who have only scored three times at this tournament, only two of which came from open play. Whereas England have only conceded once from open play themselves. It will be a tight game, in which England will dominate possession and try to create openings, but I can’t see them scoring many goals, if any at all. Iceland are organised very well and will know exactly how to beat England.

I think this match will end in a draw (3/1), and go all the way to extra time, as England struggle against sides that look to frustrate them. They don’t have the playmakers that either Germany or Spain have, while they don’t have a mercurial talent like Portugal. This might be the match that it all clicks for England and they could win with ease. However, even if England get an early lead, Iceland won’t deviate from their game plan and I doubt it will ever become an open match. I do expect England to qualify in extra time (9/1) though as the Icelandic players tire and gaps begin to open.

TIP: England to qualify in extra-time (10.00 at William Hill)