How many times do you think ITV will show/or talk about Thierry Henry’s handball? Will Burns is surprised we cannot bet on that market but has selected plenty of other ways to make some money this Sunday afternoon. 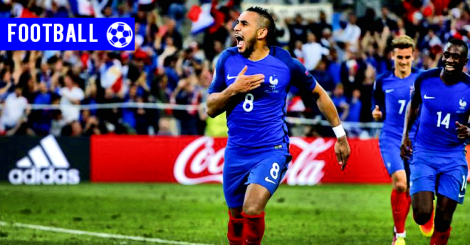 Despite the pre-tournament hype, the hosts France have not been very convincing so far in the first two weeks. Inside their group matches, they suffered no real contest and were required to notch late goals to pick up points. Excitement was all around Paul Pogba and Antoine Griezmann in the build-up, however without West Ham midfielder Dimitri Payet, the hosts may have not seen the last sixteen.

It took a 85th minute Robbie Brady goal against Italy to clinch a knockout stage berth for Martin O’Neill’s Ireland and apart from that moment they have failed to impress in the group stages. The story behind this contest will revolve around Thierry Henry’s handball goal that denied the Irish a place at World Cup 2010 and the players will surely be reminded of this prior to the game by Shay Given, John O’Shea, Glenn Whelan, Aiden McGeady and Robbie Keane who are the only survivors in the squad from that fateful night.

Although I find this will not be enough motivation to beat France here in 2016. Les Bleus should have enough in their locker to see off Ireland. In the head-to-head stats, Ireland have not defeated France in any of the last five meetings and only scored once and all five games have seen Under 2.5 Goals so I feel this could land again on Sunday afternoon.

France to win with Under 2.5 Goals is priced at 2.50 at Betway and I feel this is our bet of this match with Didier Deschamps’ side seeing off O’Neill’s men either 1-0 or 2-0.