Roy Hodgson leads his team out tonight against Russia and Will Burns has selected two tips to make a decent profit from. 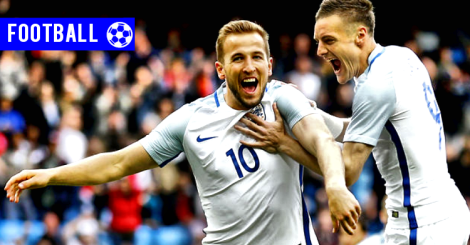 England begins their European Championship campaign with a Group B encounter with Russia this evening. After a topsy-turvy set of pre-season friendlies where performances were good and bad, now is where it matters and the stats suggest nothing but an England victory in Marseille tonight.

The Three Lions come into the tournament in great form winning all ten of their qualification matches, notching a total of 31 goals only conceding three. An amazing record which Hodgson and his boys can only take nothing but pride from.

In Russia, they made a bit of hard work out of their qualifying campaign, changing managers last September as Fabio Capello (remember him?) was dismissed in favour of Leonard Slutsky. Following the appointment, the Russians seen a change in fortunes with Slutsky winning the first four matches of his tenure. Russia will hope to gain a point in this match but all will not be lost if they are defeated as they will see the games against Slovakia and Wales are the real opportunities to pick up points.

I see England picking up the win but not without some trouble. Russia striker Artem Dzyuba is a legitimate threat with a tremendous goalscoring record and quite the dark horse for the tournament’s top scorer, if his side can stay in the tournament long enough. The Zenit St. Petersburg striker notched eight goals in as many games in the qualifiers and could easily get a goal tonight if produced with the opportunity.

Meanwhile at the back,  one thing that the Russia’s defence lacks and England’s attack possesses is speed and I see this being the real key to winning this match for Hodgson.  I think if he starts with Jamie Vardy, Russia could be in real trouble. However, rumour has it that Harry Kane will sit on his own upfront with Dele Alli and Wayne Rooney behind, flanked by Raheem Sterling and Adam Lallana.

As England have scored at least twice in their last seven matches, along with this five player attack and Eric Dier sitting in the anchor role, I see them outscoring any attempts from Russia. England to win is valued at just under evens by Paddy Power with a 2-1 correct score at 10/1 at BetVictor and that’s my selections for this match.