At 2:00am tonight we see the beginning of a rematch of last year’s NBA Finals as defending champions the Golden State Warriors face the Cleveland Cavaliers. Even though he’s a Chicago Bulls fan, Will Burns provides his views and best bets for the series. 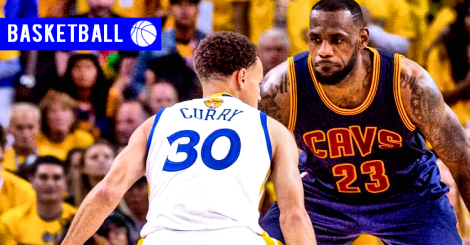 This year’s finals are arguably the most awaited, exciting and significant set of games in recent history with a lot at stake, without even mentioning the big gold trophy.

As the mentioned at top of this page, Warriors and Cavs face off in a rematch from the 2015 Finals where Golden State overcame a depleted but gutsy Cavs team within six games, while Kevin Love and Kyrie Irving missed out with injuries.  With no disrespect to the Toronto Raptors, Oklahoma City Thunder or San Antonio Spurs, these two teams are the best of the best.  Cleveland and Golden State both entered the playoffs as number one seeds in their respective conferences, so it’s no surprise even after the valiant efforts of the Raptors and the Thunder, that they are here squaring off for the championship.

Cleveland coach Tyrone Lue, since taking over from the fired David Blatt in mid-season, has led his side to a fantastic 57-25 season and look to win a title in his rookie year, like his opposite Steve Kerr did with the Warriors last term.

At the end of these seven games (or earlier) we will see history made.  Either we will witness the Warriors top their record-setting 73 win season with a championship or we will see Cleveland end their notorious curse that dates back to 1964 where the Cavs have never won an NBA title.

To give this series even more intrigue, the Warriors are looking to top yet another Chicago Bulls record.  If they can overcome and deny Cleveland their championship, they will become the first team to beat the same opponent in back-to-back finals since the Michael Jordan, Dennis Rodman and Scottie Pippen led-Bulls defeated Karl Malone and John Stockton’s Utah Jazz in both 1997 and 1998. All this… and we haven’t mentioned Stephen Curry and LeBron James yet.

Now for Curry and James, they have claimed six of the last eight MVP awards and three of four years titles with James making his sixth successive Finals appearance but I want to talk about another player that I think will warrant the MVP award this year.  Truly quite sensational during the postseason, Klay Thompson has been performing to a high standard, especially in the West finals up against Thunder standout Russell Westbrook.  Although, Westbrook was posting decent numbers averaging 27.9 points per game (PPG), and despite the great points total, he was making just 40.5% of shots. Mainly, due to great defensive display of Thompson, which he always seems to pull out when up against point guards.

Thompson is not all about protecting his team. During this year’s playoffs, he has set his own individual record for the most three points made in a playoff game. While averaging 26.2 PPG in the playoffs, if he can keep this form up and stop Irving, he is my pick to be awarded Finals MVP at 6/1 with Paddy Power.

The Warriors were severely tested by the Thunder and overcame an unlikely 3-1 deficit to make the finals. It was a memorable comeback that got them back focused and played through sloppiness, complacency and possibly overconfidence and although Cleveland enter this series in good form, I see the Warriors taking the gold again. Steve Kerr’s side are well equipped to slow down the three-point shooting of Irving, J.R. Smith and Channing Frye. Last year’s MVP, Andre Iguodala will give James a hard time and they have three frightening match-ups for the Cavs in Curry, Thompson and Draymond Green. At home both sides have fared well in the postseason so I see the Warriors winning in seven which is priced at a massive 3/1 at Betway.